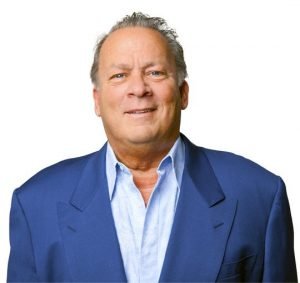 Through his years of experience and remarkable vision for the industry, Prakas and his company continually make restaurant and real estate headlines, not only in South Florida but nationally.

Originally from Portsmouth, Ohio, Prakas grew up in Columbus and has 30 years’ experience in the restaurant, nightclub, and sports bar industry. He owned 27 popular establishments throughout Ohio, Georgia, and South Florida.

Prakas was recently selected by world-famous Chef Alan Susser to roll out Susser’s new full-service gourmet burger concept in Florida, with the first site planned for Jupiter and sites a Vero Beach site shortly after. He was additionally chosen as the exclusive restaurant broker to spearhead David Manero’s new restaurant, BurgerFi (short for “The Burgerfication of America), a technologically savvy burger chain that will bring burgers to Commercial Boulevard and A1A in Lauderdale-by-the-Sea, an intersection ripe for good, quick food, and is rolling out location through Florida and the U.S. through franchising efforts.

Prakas is also at the helm of licensing and locations for the famed Philippe Chow Restaurant, voted “Best Chinese” in 2010 Zagat, located in South Beach’s Gansevoort Hotel. He will expand the brand of the rock n’ roll-inspired Cadillac Ranch in Florida, for which he is scouting additional sites. Prakas is also behind the growth of the Maisonette, the longest-running Mobil Five-Star restaurant in U.S. history. This French restaurant legend, now with a casual bistro twist, will additionally be expanding into boutique hotels.

After many successful years and colorful experiences in the biz, Prakas decided to use his hands-on knowledge to open Prakas & Co in 2000. Prakas and his team have sold more than 400 restaurants and commercial properties in the last 11 years.

In other national accomplishments and as a true testament to Tom’s commanding pull in the industry, he was hand-picked by The Falcone Group, a privately held multi-billion dollar entity that specializes in a wide spectrum of real estate services primarily focusing on real estate development and investment funding, to be exclusive broker for the restaurant on the 37th floor of the prestigious 57-story tower, Two Liberty Place in Philadelphia, Pennsylvania.

South Florida’s hottest restaurant corridors, including Atlantic Avenue in Delray Beach, Clematis Street in West Palm Beach and Las Olas Boulevard in Fort Lauderdale, have all been enhanced by the Prakas touch. Prakas hopes to keep working closely with these cities and other developers to increase revenue and watch the areas flourish and grow.

“The key to a successful establishment is knowing your demographics because the failure rate is high and even if the concept is great, the location may be wrong,” said Prakas.

In 2006, the company expanded beyond its Boca Raton headquarters into Orlando. It was a natural progression for the firm to establish an office to tap into the incredible growth in the Central Florida market and bring a wealth of business brokerage and restaurant/hospitality brokerage experience to the Orlando area. Prakas & Co has hit the news with multiple restaurant brokerage deals as well as the exclusive listing for the restaurant at Lake Buena Vista Resort Village and Spa, the placing of Taverna Opa at Pointe of Orlando, and bringing 5-star gastropub The Ravenous Pig to Winter Park.

Prakas and his company are visionaries, and contribute to shaping the nightlife and generating revenue in cities across South Florida, Central Florida and around the country. Prakas & Co will continue helping clients find the right space for their particular needs.