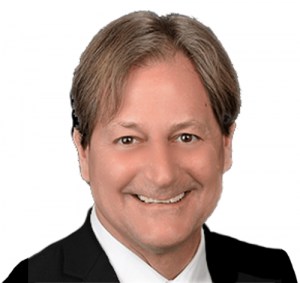 James (Jimmy) Layson has over 25 years of experience within the Hospitality Industry. He began his career in Atlanta, Georgia in the historic “Buckhead” restaurant-entertainment district, which, was a national trendsetter for urban entertainment districts across the country. Having worked in every facet of the business, from, entry-level positions, management, and ownership, he has a vast understanding of the challenges a successful restaurant, nightclub, or, any hospitality venue might encounter. With his unique skill set, he is able to provide a complete service to his clients ranging from site selection, permitting, licensing, concept and design, branding and operations. Since relocating to South Florida from Atlanta, James has become one of the leading Restaurant / Nightclub specialists in the Hospitality Industry serving markets, as diverse as, Miami, LA, Las Vegas, New York, Atlanta, Nashville, and Louisville, KY.

It was a natural transition for James to expand his career into Commercial Real Estate specializing in the Hospitality sector. His Real Estate career broadened to include land development, multi-family residential, mixed-use developments, urban entertainment districts, and landlord/tenant representation.

While an entrepreneur at heart, James had the opportunity to take his real-life work experiences and channel it into an Executive position with a “Multi Use- Retail / Entertainment District.” Joining the Cordish Company, as General Manager of Fourth Street Live! in Louisville, Kentucky. His vast experience in Commercial Real Estate and a strong background in the Hospitality and Entertainment industry was greatly utilized while in Louisville. In addition, James made a lasting impression within the Louisville community as he spearheaded “Customer Service and Diversity Training” initiatives within the Fourth Street Live District!

*Fourth Street Live! is Louisville’s premier dining, entertainment and retail destination located on Fourth Street, in the heart of historic downtown Louisville, KY. The Cordish Companies owns and manages several Live! entertainment districts throughout the United States which welcome over 50 million visitors every year. The Cordish Companies have received international acclaim for its hospitality developments. This division focuses on developing and operating best-in-class, high-profile gaming and lodging destinations. The Cordish Companies have developed several of the most successful gaming and resort destinations in the world including the Seminole Hard Rock Hotel & Casinos in Hollywood and Tampa, Florida; Maryland Live! Casino in Hanover, MD and Charleston Place in Charleston, SC.

With the unparalleled experience while employed at Cordish Co., James is continuing in the vein of his entrepreneurship spirit and has rejoined Athan “Tom” Prakas and Prakas & Co as Managing Member of Central and North Florida. James has worked with Tom Prakas over the last 25 years dating back to Atlanta, Ga and is thrilled to be working with Tom and the Prakas Team, as they expand into Central and North Florida. Analysts forecast the Orlando and outlying areas as the next “Atlanta” of the south with urban sprawl from Daytona to Tampa along I-4 corridor. With the overwhelming National and International interest in the Orlando Hospitality and Real Estate market, James Layson and Prakas & Co look forward to the many opportunities and the on-going development of building client relationships from across the country that have their eyes on the Central Florida market.